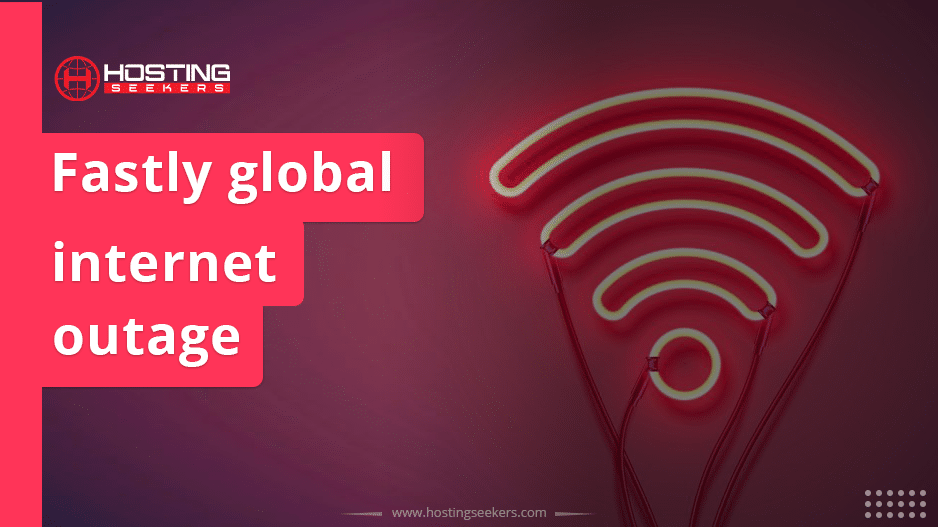 The blackout started at around 6 a.m. ET on 8th June, with “503 Error Service Unavailable” error while the users were attempting website visits and lasted for about an hour. According to reports, a glitch at Fastly, a “Content Delivery Network” service that caches Internet pages, quickly attributed it to a failure in its service and triggered when a customer changed a setting. 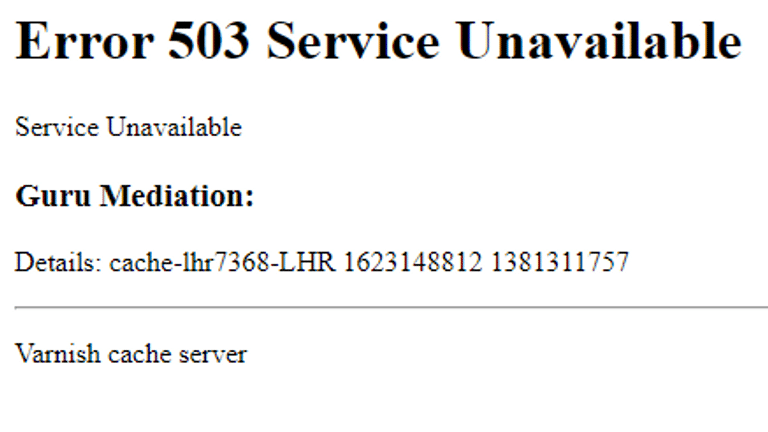 Fastly is a San Francisco-based CDN service provider that has been in existence since 2011. Later in 2017, the company launched a powerful edge cloud platform to bring majorly approached websites closer for the users.

This approach worked as an internet intermediator and fastened up the exchange of data between a user and the website through a host situated in another country.

Besides, it is used to reduce website loading speed, automatically optimizing images, videos, and other media for super fast and smooth display when navigating to various website pages. Fastly accelerates page load times by 50% and protects websites from severe service attacks using an application firewall.

The problem at Fastly prevented internet users from connecting to a large number of popular websites early Tuesday. Several countries including Singapore, China, and entire Asia witnessed the outage issue.

The list of some of the majorly affected websites by Fastly internet outage is as follows:

How Has Fastly Shutdown Affected These Websites?

It is now known that Tuesday’s Fastly outage was caused by “service configuration” and took a bunch of major websites offline.

“Companies are said to suffer up to $250,000 in damages if the website goes down just for an hour, and these damages may be sought.”

The major impact of the Fastly problem showed the relative fragility of the Internet architecture given its heavy dependence on large technology companies, like Amazon’s AWS cloud services and other decentralized range of companies.

Well, this is not the first time that an issue with CDN caused a global internet blackout. Last year in 2020, multiple websites including Cloudflare faced glitches with websites like Shopify, Discord, etc.

Fastly said it was a service configuration issue, which caused the outages for major websites, which means the outage was due to an internal cause. This triggered worldwide POPs disruptions and disabled the configuration. However, the company apologized and fixed the glitch within one hour.

“This service disruption was wide and severe, and we apologize for this service outbreak. Our global network is coming back online.” the company said.

Why Should Websites Be Concerned About Fastly Outage?

Fastly downtime was a clear disruption that caused temporary chaos and reminded the world about a widely increased concentration of internet infrastructure.

It demonstrated what happens when more than half of websites on the internet start relying on tech giants like Fastly, Google, and Amazon. Such incidents make one question our reliance on few tech giants, and the impact it causes to the public at large when even one of these giants fails (even for few seconds).

A bug at the major cloud computing service provider Fastly on Tuesday left thousands of websites around the world totally or partially out of service. The company quickly acknowledged that there was a problem and fixed it shortly within one hour. The major reason behind Fastly’s failure appears to be so far-reaching that various CDN providers like Fastly are consolidating and several websites are dependent on fewer providers. Though there are not so many outages, every outage is quite significant now, especially for an average internet user who just wants to make an instant purchase.

Manvinder Singh is the Founder and CEO at HostingSeekers. HostingSeekers is an award-winning go-to-directory for all things hosting. Our team conducts extensive research to filter the top solution providers so the visitors can just pick the one that suits their needs the most. It is one of the fastest growing web directories with over 500 global companies already listed on our platform.