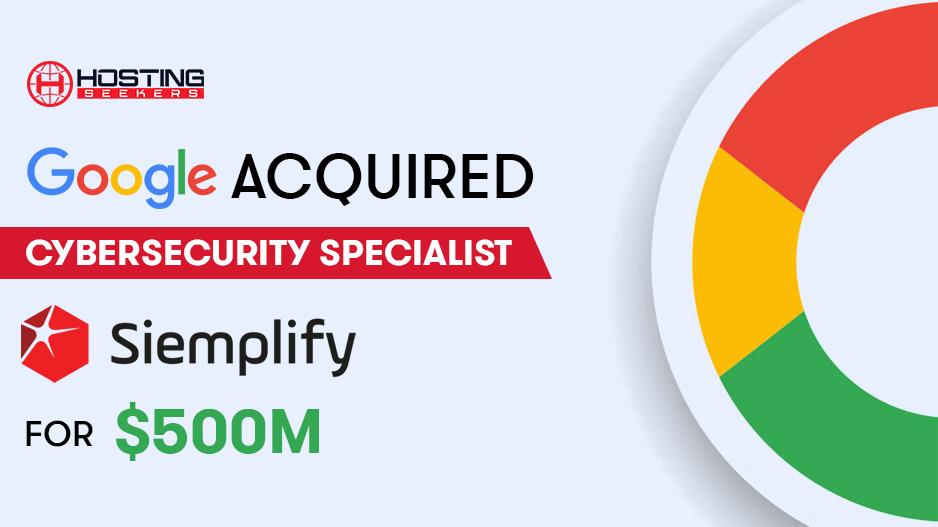 Putting an end to all the rumors, Google on Tuesday, 4th January 2022 confirmed its acquisition of Siemplify, a Cybersecurity start-up, based in Israel. Siemplify specializes in end-to-end SOAR (security orchestration, automation, and response) services for enterprises.

Cybersecurity breaches are at their peak and companies are thus actively investing in tackling them. To achieve the same, Google has kicked off the new year by acquiring the Israel-based startup Siemplify. Both Google and Siemplify’s CEO & co-founder, Amos Stern have confirmed the acquisition news. The search giant will be integrating Siemplify into its cloud platform, particularly its Chronicle processes.

A brief about Chronicle

Chronicle was originally built as an enterprise security firm with the company’s older moonshot effort, Google “X”. In 2019, Chronicle migrated into Google via Google Cloud during its efforts to expand its enterprise revenues.  The main reason behind forming Chronicle was cybersecurity telemetry, particularly, tracking the movement of data across all devices and networks in order to get a clue to detect and stop breaches.

The benefit of the Acquisition

Google’s acquisition seems to be significant when security breaches are rising. The challenge is that security infringement shows no sign of abating. This is because of ever-more-sophisticated techniques used by malicious hackers. Also, as more and more consumers and organizations are bringing their everyday activities and businesses online and into the cloud, these act as ever-more tempting targets for hackers.

SOAR platforms are the customer-interface element of cybersecurity telemetry and are used to manage and monitor malicious activities by security operations specialists. Not only this, but these specialists can also use SAOR to start the process of remediation and to log everything to prevent the same thing from happening in the future.

Google has been constantly adding new services and automation in order to woo more customers. As such, adding SOAR capabilities clearly seems to be a logical next step for the search giant.