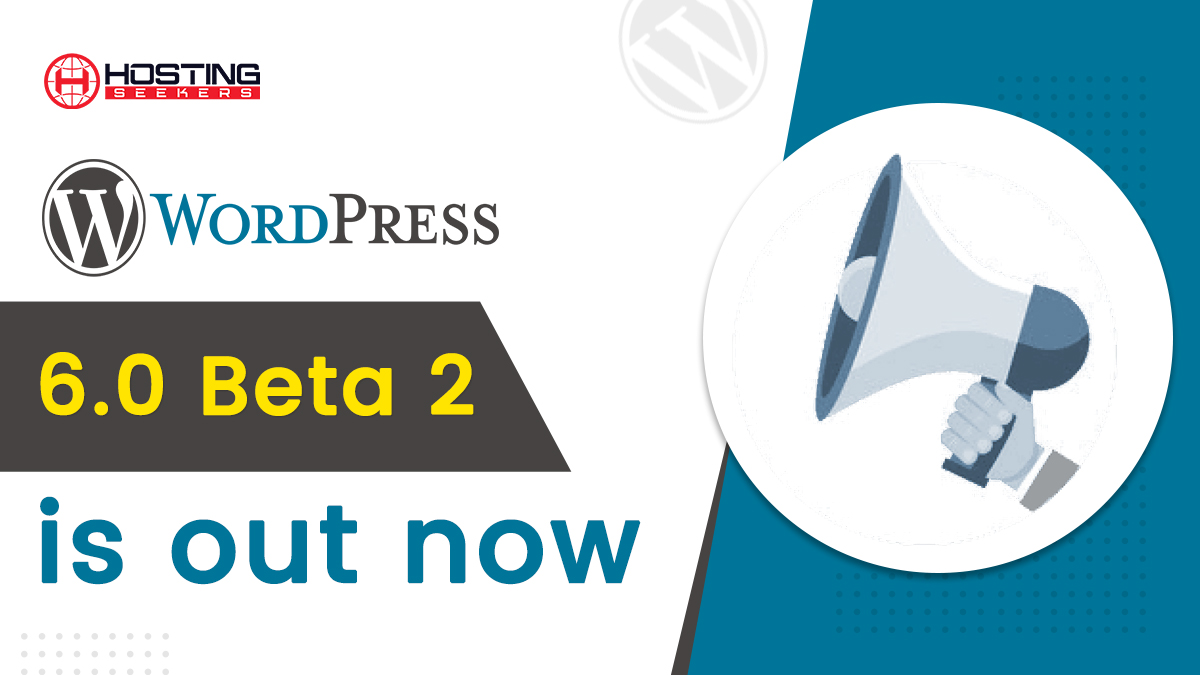 WordPress 6.0 Beta 2 Released. What to Expect from it?

The WordPress 6.0 with Beta 2 is now available for the general public to test. The WordPress team has finally released the second beta version with some new features.
Though the software is yet in the development stage, thus the development team doesn’t recommend you to run it on a production site. Just play around it, by simply setting up a test site with the new version.

The major release of WordPress 6.0 is scheduled for May 24, 2022. That’s why we should start testing it, so that the team could release the new version with minimal (to no) issues. WordPress – an open-source website creation platform team has released the first beta of the WordPress 6.0 in the middle of April. Just after one week after the WordPress 6.0 Beta 1 release, the team is now all set to introduce the second beta version.

Highlights of the WordPress 6.0 Beta 2

Black Editor – to prevent styles from being added to the site editor (#55567)
Patterns REST API – to add ‘inserter’ to the schema (#55567)
Don’t load remote patterns twice in WP_REST_Block_Controller::get_items (#55567)
To add the ability to filter the whole notification email in retrieve_password (#54690)
To avoid translating empty plugin headers (#54586)
110 Nee Features added and 209 bug fixes.

The WordPress team has asked its team to fix all the issues in the beta release. To download and install WordPress 6.0 Beta 2 follow the below methods :

Since this is the beta release date, we don’t recommend anyone to install WordPress 6.0 Beta 2 on the live environment. Beta releases are not yet stable, so they might cause some serious issues because of the bugs.